A key leader of the armed wing of Egypt’s outlawed Muslim Brotherhood was killed by security forces in Cairo, the Middle East News Agency (MENA) reported.

The Egyptian Interior Ministry said in a statement that Mohamed Kamal, 61, was shot and killed Monday night in his apartment together with his aide, Yasser Shehata, Reuters reported.

According to the report, a lawyer representing the families of the two men told Reuters they both surrendered to police when they arrived at 6 pm Monday. A group of police stayed with the men at Kamal’s apartment while others reportedly went to search Shehata’s nearby apartment. At around 11:30 pm, ‘police concluded the search and shot the men… both Kamal and Shehata were shot in the head.’

The Muslim Brotherhood alleged on its social media accounts that Kamal had disappeared Monday afternoon, hours before the announcement of his death by the Egyptian Interior Ministry.

Kamal was accused of involvement in the June 2015 assassination of Egypt’s chief prosecutor, Hisham Barakat, the highest-ranking Egyptian official to be murdered in 25 years. He was also accused of attempting to assassinate former Mufti of Egypt, Sheikh Ali Goma’a in Cairo this past August. He also was a member of the Brotherhood’s top-level Guidance Bureau, and headed the Supreme Administrative Committee until this past May.

The Interior Ministry said in its statement security personnel raided the apartment Monday night after learning it was being used as a base for the Muslim Brotherhood. When the forces were met with gunfire they fired back, killing the two men.

The Muslim Brotherhood had been outlawed prior to the overthrow of the Mubarak regime, during the 2011 Arab Spring. Following the overthrow of Brotherhood-backed President Mohammed Morsi by the army in July 2014, the group was declared a terrorist organization.

The subsequent military government eventually led to a subsequent presidential election won a year after the takeover by current President Abdel Fattah el-Sisi, who formerly led the army. 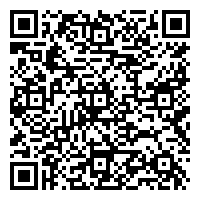