On Thursday, Congressman Jerrold Nadler (D-NY) joined Members of Congress in observing a moment of silence for the 11 Israeli Olympians and coaches murdered by terrorists during the 1972 Munich Olympics, 40 years ago this summer. Nadler urged the International Olympic Committee (IOC) to open its ceremony tomorrow with a moment of silence to remember those 11 Israelis and the darkest hour in the history of the Olympics. To this end, Nadler has joined Congressman Eliot Engel (D-NY) and Congresswoman Nita Lowey (D-NY) in cosponsoring a bipartisan resolution urging the IOC to observe the minute of silence – an initiative that passed the Senate and has the support of President Obama. And Nadler joined other elected officials in New York to launch a petition to Remember Munich.


“This summer, we remember the attack 40 years ago that shocked the entire world, struck the very heart of the nation of Israel, and grotesquely undermined the spirit of solidarity that the Olympic Games represent. Unfortunately, despite a worldwide call for a moment of silence at the start of the Games in London tomorrow, including a resolution that my colleagues and I cosponsored in the House, the International Olympic Committee has, inexplicably, refused this simple and painless gesture.

“This is not only insulting to the memories of the Israeli athletes who were murdered in Munich, but it is also not in keeping with the tradition of good will that permeates the Olympics. While we can’t make whole the lives lost and families devastated in 1972, we can and must continue to honor the significance of their sacrifice. So, let us honor them now and remember the unspeakable tragedy of that day 40 years ago.” 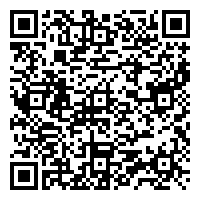