In its annual search to shame Jewish organizational leaders by pointing out how much money they make, and calculating the percentage by which they do not deserve the salary, the Forward newspaper (formerly known as the Jewish Daily Forward) made an unexpected discovery: the Republican Jewish Coalition no longer has a partisan counterpart.

The National Jewish Democratic Council has apparently dumped its staff and “outsourced its activities to a Washington, D.C. public relations firm,” the Forward reports.


The NJDC’s counterpart, the Republican Jewish Coalition, has a staff of 18 and revenue in excess of $3 million. It is based in Washington, D.C. and chaired by Matt Brooks, who has been the RJC’s executive director since 1990. The RJC has become increasingly and aggressively engaged in persuading Jews to reconsider their long-held ties to the Democratic party. It has been an uphill struggle, but the tide may slowly be turning, at least for strongly affiliated Jews.

More than 70 percent of American Jews voted for the Democratic nominee for president in 2012, and by an even higher percentage when Obama ran the first time in 2008.

Jews who vote for Democratic candidates do so because they see their issues as the issues promoted by the Democratic party: reproductive rights, gun control and climate change, and the separation of church and state. Many of those voters seem to consider these issues to be synonymous with Jewish values.

The NJDC also claimed to count strong support for a “Jewish, democratic state of Israel,” but that was apparently not the same as focusing on the actual strength, safety or security of the actual Jewish State.  That, by contrast, falls quite a bit further down on the list of priorities when choosing candidates for the NJDC to back.

In other words, increasingly unaffiliated Jews and Democratic party Jews will vote for a Democrat no matter where that candidate’s positions on issues regarding halacha fall – not surprisingly –  but also no matter how little those candidates focus on ensuring the continued life and security of Israel.

This is so, despite the self-description on the NJDC website, which seems to suggest otherwise. The first statement about its mission acknowledges that the goal of the NJDC is to “maximize[] Jewish support for Democrats at the federal and state levels of government.” In other words, NJDC brings out the Jews for the Democratic candidates.

Next, the NJDC seeks to educate “Democratic elected officials and candidates to increase support for Jewish domestic and foreign policy priorities.” What those priorities are remains unsaid.

Why the NJDC has shorn off all of its paid staff, jettisoned its office space and now exists only as a volunteer organization at this time is unclear.

Perhaps it had to do with the early and abrupt departure of a previous NJDC executive director, Rabbi Jack Moline, under circumstances no one was willing to discuss, or perhaps it was simply the inevitable continuation of a strategy begun in 2014 to “cut costs and to pay off old debts to vendors,” as the Forward suggests. Maybe someone was finally asking the question: who needs to fund anything that smacks of “Jewish” running after Jewish Democrats anyway?

The tasks for which the NJDC were previously responsible are now being performed by Bluelight Strategies, a public relations firm owned by a former NJDC vice president. 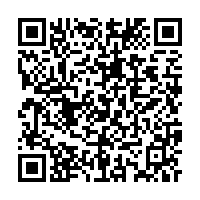