The townspeople of Whitefish, Montana are gearing up to deal with the impact of an upcoming ‘March on the Jews’ in their community by neo-Nazis who also vow to bring “high-powered rifles” to the event.

The Daily Stormer neo-Nazi website founder, Andrew Anglin, is behind the march which allegedly is set for Sunday, January 15.

Anglin made the announcement through public media, a local ABC FOX television station and the Missoula Independent newspaper. But there has been no application yet filed for a permit to march in the town, according to The Forward, which interviewed researcher Marilyn Mayo from the New York-based Anti-Defamation League on the matter.

“We haven’t seen any evidence that the march will happen at this point,” Mayo told the news outlet.

Anglin, on the other hand, has been promoting the event — or at least, threatening to hold it — for at least a month.

“We are planning an armed protest in Whitefish,” he wrote on his website last month. “We can easily march through the center of the town carrying high powered rifles.”

He said he plans the march against “Jews, Jewish businesses and everyone who supports either.”

Whitefish Police were not available to comment. But in the state of Montana, a permit is not required to buy a weapon, nor to carry one openly. A permit is needed to carry a concealed weapon only in certain circumstances, according to the National Rifle Association. 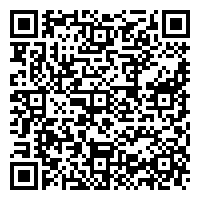