The Foreign Minister of Nepal, Mahendra Bahadur Pandey thanked Israeli Foreign Minister Avigdor Liberman today for the humanitarian aid that Israel has sent in the wake of the country’s devastating earthquake. Pandey noted that the Nepalese people deeply appreciate the aid being sent from Israel.

Liberman spoke with Pandey on Tuesday morning, April 28 and thanked Nepalese authorities for their assistance in sending out helicopters to evacuate stranded Israelis in more remote areas of Nepal. Nepal agreed to Israel’s request to use helicopters chartered in India and China to rescue those stranded Israelis.


The massive earthquake that hit Nepal on Saturday has killed at least 4,000 people and left nearly 8,000 people injured. According to the United Nations, eight million people have been affected, more than a quarter of the south Asian country’s population. The 7.8-magnituted quake has wreaked devastation across the country, with leaving countless inhabitants without electricity, water, and food.

Israel sent its first rescue plane from Home Front Command on Sunday, April 26 and later on, three more air force planes full of emergency aid. A delegation of Israeli doctors and paramedics flew out on a Magen David Adom plane on Sunday as well. The planes have also brought back groups of Israelis back home.

In the coming two weeks, IDF search and rescue teams will set up near the capital, Kathmandu in order to find survivors in the rubble of collapsed buildings. The Israeli teams will also set up a field hospital for the local population to provide much needed medical services. The field hospital will have 80 hospital beds, two operating rooms, four intensive-care rooms and specialists in neonatal and adult care, with dozens of IDF physicians from the regular army and reserves at hand.

In light of the country’s most deadly earthquake in 81 years, the Nepal government has urged for overseas aid. “We urge foreign countries to give us special materials and medical teams. We are really desperate for more foreign expertise to pull through this crisis,” said Chief Secretary Leela Mani Paudel.

Other Israeli disaster response organizations providing their expertise in Nepal include ZAKA and IsraAID. 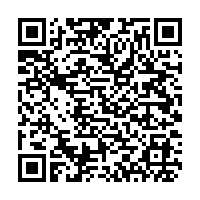