Kentucky Senator and presidential hopeful Rand Paul on Monday night spoke to a large group of rabbis and Jewish community leaders at the National Society for Hebrew Day School Headquarters in Brooklyn, as part of his and the Republican party’s efforts to enlist religious Jewish support–receiving an unexpected assist from the editor of a Chareidi paper.

According to AP, Paul did not have an easy time in Brooklyn, as the audience bombarded him with tough questions regarding his stance on Israel and his foreign policy approach to the Middle East. The senator carries some heavy baggage from simply being the son of Congressman Ron Paul, a bona fide Libertarian isolationist, whose official press outlets have on occasion harbored known anti-Semites.

Morton Klein, president of the Zionist Organization of America, told the National Journal a year ago: “Pro-Israel people have always felt that Ron Paul is beyond hostile to Israel; he’s hostile to Jews as well. So clearly this concerns Rand Paul because people assume, like father like son. It’s unfair, but it’s a natural human reaction.”

Some topics were particularly tough to handle Monday night, as it was clear Senator Paul was struggling with presidential candidate Paul to match their positions. Take foreign aid to Israel: Paul told his audience his position is “the same as it’s always been: One day Israel should be independent,” meaning those $3.1 billion in military aid Israel takes in from the U.S. each year are not helping its own cause.

However, candidate Paul intervened quickly: “I’m also not saying that it has to end now.”

There are certainly enough Israelis who would agree, and think that US military aid is detrimental to Israel’s independence of action.

Rabbi Pinchos Lipschutz, editor-in-chief of Yated Ne’eman, told the audience that his friends said he shouldn’t be talking to Paul, but added that he was happy he hadn’t paid attention to them.

“They said, ‘He’s an anti-Semite!'” Lipschutz told Paul. “‘Haven’t you read about him?’ It’s the elephant in the room, so I’m bringing it up… everything they write about you is really not true.”

“How do you explain your position in a way that they will stop writing that you’re an anti-Semite?” Lipschutz cut to the chase. “I’m not your campaign director, but you really have to do something to change that.”

Paul was unfazed by the frank approach, which could mean the question was a plant.

“Really we don’t see it as much of a problem as it might have been two or three years ago before people knew me,” he said. “I think we’ve made great progress.”

Lipschutz later told Bloomberg he thought the senator “has to come up with a soundbite that really convinces Jewish people that he doesn’t bear any animus toward them. He’s going to have to do better.”

Paul did show courage and a capacity for independent thinking when he was asked about his reputed isolationism, stemming from his lifelong association with the Libertarian party.

The candidate told his Orthodox Jewish audience that the U.S. Middle East policy was a clear example of the law of unintended consequences in action. He pointed to both the Bush and Obama administrations’ costly involvement in the region, including defeating Saddam Hussein, as leading—unintentionally—to the unprecedented flourishing of Iran’s dangerous influence.

“Each time we topple a secular dictator, I think we wind up with chaos and radical Islam seems to rise,” Paul argued, borrowing from his medical practice to suggest the first principle of American foreign policy should be “first, do no harm.”

His arguments do carry some logic. 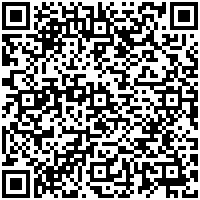