In a break with the longstanding tradition according to which political leaders avoid criticizing the military in public, Prime Minister Netanyahu opened the Sunday morning cabinet meeting with a resounding rebuke of IDF Deputy Chief of Staff Maj. Gen. Yair Golan’s speech on Holocaust Remembrance Day. The speech, in which Galon said he sees in today’s Israel and among his subordinates in the IDF evidence of events that took place in Europe before the Holocaust, “was an injustice against the State of Israel and a cheapening of the memory of the Holocaust,” Netanyahu said, adding that “the comparison which rises from the Deputy Chief of Staff’s words is outrageous, and factually wrong. They should not have been said.”

“If there’s one thing which frightens me regarding the memory of the Holocaust, it’s identifying the blood curdling processes that took place in Germany and in the rest of Europe “70, 80, and 90 years ago, and discovering evidence of their taking place here, among us, in 2016,” Golan told an audience that included Education Minister Naftali Bennett (Habayit Hayehudi) who almost had a stroke. And when the Deputy Chief of the Jewish army added that his gripe is over the “purity of our weapons” (a uniquely Israeli term, dating back to the pre-state years, meaning when Jews use their weapons they must do so ethically) it was obvious he wasn’t referring to soccer hooliganism — he accused the IDF of harboring Nazi-like individuals.

The open rebuke was a deadly jibe at Defense Minister Moshe Ya’alon, who defended and supported Golan’s speech and the sentiments he noted, and who spent a long hour Wednesday night debating with the PM who demanded an all out apology from Golan. Instead of a direct apology at the time, the best Ya’alon could come up with was a press release from the IDF Spokesperson’s office, which denied the allegation that the Deputy Chief had compared “unsettling phenomena” inside the IDF with events in Nazi Germany that preceded the Holocaust. But as JNi pointed out at the time, Golan absolutely made the comparison, as could be read plainly in the transcript of the speech.

The fact that a commander who compares the IDF to the Nazis may be considered to replace the current chief of staff, is yet another brick in a strangely anti-Jewish and even anti-Zionist wall being erected by the IDF leadership in recent years. The new Chief of Staff, Maj. Gen. Gadi Eizenkot, has removed Jewish education from the hands of the IDF rabbinate and handed it to HR, which in turn made it the purview of the left-leaning Education Corps; the same HR has also initiated a directive against letting Jewish soldiers grow beards, and belittled in a public speech the rabbinic principle of “He who rises to kill you, kill him first,” calling it merely a metaphor and not a moral principle. Ya’alon for his part keeps Jews in prison for many months without charges, and uses brute force to evict Jewish dwellers from their homes — while permitting widespread illegal Arab dwellings. All of the above, besides being nasty jabs against religious Zionism, are also associating Netanyahu and his government with the Israeli left’s agenda, which is tantamount to political suicide for the Likud and its leader.

“The Duputy Chief is an officer of great merit,” the PM concluded, “But what he said in this matter was completely erroneous and unacceptable to me.”

Whether or not the meritorious Golan decide to draw his own conclusions and jump under the bus, or be pushed there at a later date, Netanyahu has don what he could to disassociate himself from the high ranking officer’s infuriating message. And whether or not Ya’alon would see Sunday’s unusual attack by the PM as a message regarding his own political future in the Likud should be the subject of speculation in the weeks to come. 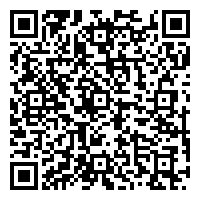