Prime Minister Binyamin Netanyahu has named former Ambassador to the United Nations and certified nationalist Dore Gold as an “outside” foreign policy consultant, the office of the Prime Minister announced Thursday. Gold, born in the United States, served in the same position during Prime Minister Netanyahu’s first term of office in 1997.

He will replace Ron Dermer, Israel’s new Ambassador to the United States.


The appointment carries a stern message for the Obama administration and puts a decidedly nationalist tone of the Netanyahu coalition government.

Gold has been the head of the Jerusalem Center for Public Affairs, which previously campaigned for the United Nations to take legal action against then Iranian President Mahmoud Ahmadinejad for violating Geneva Convention anti-incitement clauses with statements such as Israel should be “wiped off the map.” 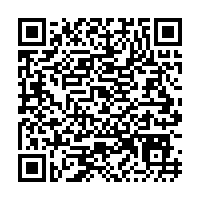