Jerusalem (TPS) – Prime Minister Benjamin Netanyahu promised an influx on Thursday of hundreds of millions of dollars toward the economic and cultural development of Jerusalem as part of the government’s Jubilee plan to invest in the capital city.


“We are developing Jerusalem and building it,” Netanyahu said in a cabinet session in advance of Jerusalem Day, which falls on Sunday. “Today we are advancing an additional NIS 850 million [US$220 million] to the Jubilee plan, investing in the development of Jerusalem – in technology and companies.”

On Jerusalem Day, Israelis and Jews worldwide celebrate the reunification of Jerusalem when Israel captured the eastern portion of the city – including the Old City which contains the Western Wall and Temple Mount – from Jordanian forces during the Six Day War in 1967.

Netanyahu stressed that technology was one sector that has been helping Jerusalem grow.

The prime minister added that Israel was also investing in a number of other areas and sectors in Jerusalem.

Netanyahu said that this developmental plan for Israel’s capital is definitely not the city’s first.

“I welcomed the plan for the development of cities, of which they said was the first of Jerusalem’s since the time of the British (Mandate),” he said. “However, I want to make a correction: Jerusalem’s first development program was by King David and after him, King Solomon.”

The Biblical figure King David established Jerusalem as the Jewish people’s capital city some 3,000 years ago, the bible relates. David’s son Solomon fulfilled his father’s wish to build a Jewish Temple in the city of Jerusalem, the site of which currently houses the Al-Aqsa Mosque compound.

Netanyahu expressed a sense of optimism not only for the level of success achieved in the developmental program but also for Jerusalem’s future.

“This program is working in all areas, including in the development of Jerusalem as an academic city – increasing the number of its students, its wealth of humanity, as well as national and international wealth helping to march the city forward.” 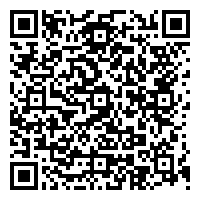