Prime Minister Binyamin Netanyahu used the visit of the president of Ukraine Tuesday to go to bat for the Israel Security Agency (Shin Bet), accused by lawyers for Duma arson-murder suspects of using torture.

Netanyahu publicly stated at the start of his meeting with Ukraine President Petro Poroshenko:


ISA Director Yoram Cohen and his people are doing important and excellent work for the people of Israel and for the security of Israel. I find the attacks on them to be unacceptable.

We are a nation of law.

All ISA activity is carried out according to the law and this activity is being carried out under the close supervision and approval of the Attorney General, the Justice Ministry and the courts.

The mother of one minor being held agreed to be interviewed last week by the Hebrew-language Makor Rishon newspaper, and she expressed fears that the Shin Bet’s refusal to allow her son to meet with lawyers, see his parents and be seen by them have made her afraid that they have caused him irreversible damage.

The intensive interrogation has led to claims and counter claims, such as lawyers for the Honenu legal aid organization alleging two weeks ago that authorities did not allow a suspect, or suspects, to light Hanukkah candles and pray with tefillin.

The accusations shocked both religious and non-religious communities and were thoroughly denied several days later.

There is Arab terrorism that we are dealing with and are fighting night and day, everywhere, but, to my regret, there are – from time to time – acts of terrorism that are carried out by Jews and the ISA is also dealing with them. Terrorism from any quarter is unacceptable to us.” 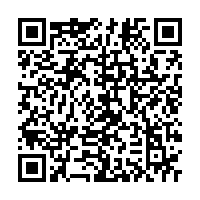