On Saturday night, Israel’s President Shimon Peres formally tasked Prime Minister Netanyahu with the job of forming the next government for the 19th Knesset.

Official negotiations are set to begin on Sunday.

According to Eli Yishai, Shas believes that they will most likely be sitting in the opposition, and it is generally assumed that UTJ will be there too.

That would leave Netanyahu with no choice but to bring HaBayit HaYehudi into the coalition, something that rumors before the election said Netanyahu did not want to do.

Netanyahu stated that his goals for this term are stopping Iran from getting nuclear weapons, peace negotiations with the Palestinians, possibly as a nod towards Tzipi Livni, to get her to join the coalition, equalizing the national burden, while notably adding, “without tearing the nation apart”, a rather obvious message to Shas, quoting back to them Rav Ovadia Yosef’s letter to Peres, perhaps as an indication that their joining the coalition should not be ruled out.

Netanyahu also said he will work to create more jobs, and fix the electoral system.

Netanyahu stated that he wants to create the widest possible national unity government. 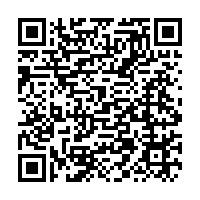