PM Binyamin Netanyahu praised the IDF and Shabak for their successful operation in Gaza on Wednesday night, eliminating a terrorist who had launched numerous rockets at Israel, and was planning to take down a helicopter.

“Our policy is clear, who ever rises up to kill us will be killed (הקם להורגך השכם להורגו). The IDF and the Shabak ran a pinpoint operation and will continue to operate against those who want to harm the security of the citizens of Israel.”

“This is the true face of Hamas – it continues to plan terrorist attacks against Israeli citizens, even when it is inside the Palestinian government. I want to remind the international community that Abu Mazen promised to uphold all previous agreements when he joined together with the Hamas terrorist organization. The significance of this is that he is responsible for disarming Hamas and the rest of the terrorist organizations from their weapon arsenals they have in Gaza” 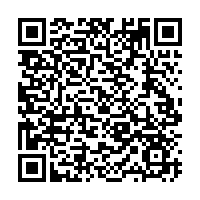