Czech President Milos Zeman and his wife Ivana Zemanova joined Prime Minister Benjamin Netanyahu and his wife Sara for lunch Tuesday afternoon (Nov. 27) at the Prime Minister’s Residence in Jerusalem prior to the dedication of the Czech House in the capital.

The Czech leader signed the Guest Book at the PM’s Residence.


Zeman and Netanyahu dedicated ‘Czech House’ in Jerusalem following their lunch, an event that included Czech government representatives as the first stage ahead of moving the embassy to the capital.

The Prime Minister also thanked the Czech President for the latter’s “important speech to the Knesset” a day earlier.

“It’s a wonderful opportunity to welcome the president and the first lady – Milos and Ivana – to our home. It’s an extraordinary friendship. You gave it a powerful expression yesterday,” Netanyahu told Zeman.

“Since the visit of Tomáš Masaryk here almost 100 years ago, there has not been this expression of sympathy, empathy and friendship. We can go higher, but we’re standing on the shoulders of giants – Herzl and Masaryk.

“We say ‘Next year in Jerusalem’. So, next year we hope to see an embassy in Jerusalem, but next year in Prague, we have a G2G meeting,” Netanyahu said, acknowledging that while Zeman is doing his best to facilitate the transfer of his country’s embassy to Jerusalem, that decision does not rest entirely in his hands alone — a fact Zeman himself admitted Sunday in his address to the Knesset. 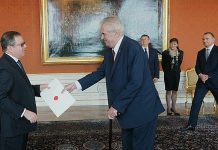 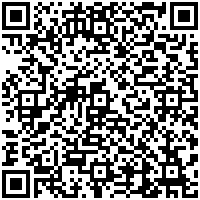