Czech President Milos Zeman announced Wednesday evening at a gala event at the Prague Castle that his country is planning to transfer its embassy from Tel Aviv to Jerusalem — eventually. “I said four years ago that we need to move the Czech embassy to Jerusalem,” Zeman said. “The time has come.”

The Czech leader explained that his government will next month take the first two steps of a process he described as “three phases of removal of the Czech embassy from Tel Aviv to Jerusalem” by opening a consulate and a cultural center in the Israeli capital.


But the president gave no specific timetable for the eventual transfer of the embassy, nor did he actually confirm the transfer itself.

A lovely gesture: Czech President Miloš Zeman to host celebration of Israel's 70th Independence Day at Prague Castle; spokesman says Israel is "an inspiration" to the Czech people, this move is a reflection of Zeman's "extraordinary friendship" with the Jewish state ???? pic.twitter.com/t4Js6ohZON

Zeman noted in his remarks that Israel needs concrete action, not more warm words of friendship.

Both the new Czech Consulate and Czech Cultural Center are to be located on the “western” side of Jerusalem, in accordance with a statement posted by the Czech Foreign Ministry on its website.

“Last year, the Czech Republic has already expressed its position on Jerusalem as capital of the State of Israel, in its 1967 borders,” the statement read. “It thus only acknowledged what is standard practice by other States when making their official visits to Israel. According to usual diplomatic practice, States have their embassies in the capitals of the receiving States.” 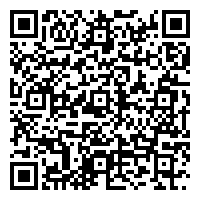