The Tznius (modesty) Police have found a new venue for their efforts – this time: men’s attire!, reports the website B’Hadrei Haredim.

Over the past 24 hours, a letter has been distributed in Haredi population centers, complete with rabbis’ signatures, in which Haredi men are called upon to strengthen their modesty and be careful about the guidelines of their clothing.


We have grown accustomed over the past few years to letters like that, usually directed at the women in the Haredi sector. Now, surprisingly, this letter is addressed specifically to the men, specifically:

“Recently, the modesty of men’s clothing needs to be addressed as well, to uphold the ‘sanctity of our camp.’ We are expressing the Torah viewpoint that every man is obligated to dress in loose and modest clothing,” it reads.

The only clothing item distinctively mentioned in the letter is pants. “There is a strict Biblical prohibition against wearing tight clothing like the gentiles, as stated: ‘You shall not follow in their ways.’ Wearing tight pants is forbidden because of that reason.”

At the conclusion of the letter, it states: “And those who wear (such garments) are sinful and cause corruption and it is obligatory to protest their behavior.”

Among the rabbis who have signed the letter, appears the names of Rabbi Yitzchak Yosef, son of Rabbi Ovadiah Yosef and dean of Chazon Ovadiah, as wel, as Rabbi Yosef Leiberman, dean of Kollel Shomrei Hachomos, Rabbi Azariah Basis, chief rabbi of Rosh HaAyin and others.

On the other side of the letter appear pictures of famous rabbis, among them, the late Belzer Rebbe, Rabbi A. Hillel from Turkey and others. Many of the rabbis in the pictures appear wearing loose-fitting clothing. On top of the letter is a paraphrase of the words of the Maharsha in tractate Shabbat: “The clothes of a person are an indication of his character.”

AIPAC’s Political Spending: A Move In The Right Direction 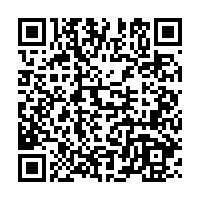