Yesh Atid Chairman Yair Lapid has agreed to drop his demand for the Foreign Office portfolio, and will decide this weekend whether he wants the Finance or the Interior ministries – and it is estimated that he is going for Finance, Reshet Bet reported Saturday evening. On Friday, Lapid met with Prime Minister Benjamin Netanyahu at his Jerusalem residence.

With Lapid’s demand out of the way, the PM will be holding the Foreign Office portfolio for his election partner Avigdor Liberman, until the latter concludes his business with the legal authorities. The case against him opens in mid-April. It has been noted that knowing that Liberman is coming back could intimidate Foreign Office employees and might change their minds about testifying against their boss—but that belongs in a different article.


Lapid also consulted with Habayit Hayehudi Chairman Naftali Bennett. Should Lapid opt for Finance, Bennett would be appointed Minister of Trade and Industry, with extensive powers.

Political circles are estimating that the next government will include only 24 ministers, in addition to the prime minister, which is more than the figure Lapid was pushing for, but a lot less than the previous government headed by Netanyahu, which at one point featured 30 ministers and 9 deputy ministers.

One of the key areas of conflict between Lapid and Netanyahu has been the number of government portfolios. Lapid was arguing that Israel cannot afford the expense of so many needless positions, each of which comes with office suites, staff, cars and security details.

The portfolios are expected to be divided as follows: 8 Likud ministers, 6 Yesh Atid, 4 Jewish Home, 3 Yisrael Beiteinu, 2 Tzipi’s Movement and 1 to Kadima.

Outgoing Finance Minister Yuval Steinitz confirmed in an interview on Israel’s Channel 1 News that Lapid is his likely successor. Steinitz, who holds a doctorate in Philosophy from Tel Aviv University, said: “I remember that when I was chosen there were doubts initially – a philosopher as finance minister? But, in the end, Israel’s economic results are the best in the West over the past 34 years.” He added: “I am convinced Lapid will position.”

Lapid, it should be noted, has not graduated high school.

The number two in the Jewish Home party, Uri Ariel, will get the post of Minister of Housing and Construction, according to the Army Radio, a post Netanyahu previously promised would remain in Likud hands. Yael German from Yesh Atid will serve as Minister of the Interior and Rabbi Shai Piron will be Minister of Social Welfare, although Shaul Mofaz from Kadima is also being mentioned as a candidate for that job.

Likud’s ministries will include Transport to Israel Katz, and Education to Gideon Sa’ar, both of whom held those same portfolios in the outgoing government.

Sa’ar said last week that he wanted to stay in the same office.

It is estimated that coalition talks will be completed by Sunday, and the next government will be presented by mid-week. 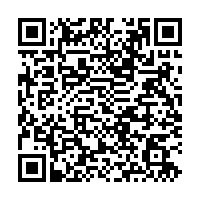