A New Jersey man said he was fired after refusing to fire a man his boss called a “no-good New York city Jew.”

Thomas Greco, a Middleton, New Jersey father of five, said after he was hired in May 2011 as a superintendent at the U.S. Custom House in Lower Manhattan, his boss, Howard Anastasi, ordered him to fire the Jewish worker, The New York Post reported.

Greco did not fire Brenner.

A year later, while Greco was on a leave of absence following an injury, Anastasi fired him and said, according to Greco, “I told you to take care of something, and you didn’t.”

Greco, 51, has filed a complaint with New York City’s Human Rights Commission and with the U.S. Equal Employment Opportunity Commission, according to the newspaper. 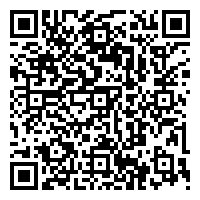