A poll conducted by Dialogue (supervised by Professor Kamil Fox of the Tel Aviv University’s statistics department) and published today in Haaretz shows that Aryeh Deri’s return to the Hared-Sephardi party Shas will bring the party an additional three mandates (they currently have 11), while causing the Likud to go down to 24 from its current 27 mandates.

These figures are based on a presumption taht former prime minister Ehud Olmert will establish a centrist party together with Kadima members Shaul Mofaz and Tzipi Livni as well as the fledgling Yesh Atid party’s Yair Lapid. The poll also assumes that Aryeh Deri will head the Shas slate alongside Eli Yishai (which, as of Wednesday night, he does).


According to the poll, conducted before Deri’s official return to Shas, in the aforementioned case, the right-wing block will not lose its majority of 63 mandates, while the Likud would be reduced to only 24 mandates, with Shas increasing to 14. In this scenario, the Olmert-Livni-Lapid party would receive 25 mandates, the Labor party 17 and Liberman’s Yisrael Beiteinu 13.

The poll also shows that the Likud-Liberman-Haredi bloc would maintain its majority in any possible scenario, no matter what combinations of left and center parties it faces.

The poll also shows that in a scenario where Livni would join forces with Labor Party chairman Yachimovich and Deri out of Shas, there would be a slight shift in mandate distribution showing Likud with 27, Labor – 24, Yisrael Beiteinu – 13, Shas – 11, Yesh Atid – 10 and Kadima – 7. 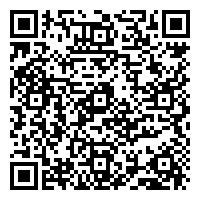