Bill S6438-2013, prohibiting “the use of state aid by colleges and universities to fund or provide membership in academic institutions that are boycotting a country or higher education institutions of a country,” was passed on Monday by the NY State Senate.

The NY Assembly is currently considering its own version, and should it pass, the unified version would be delivered to Governor Andrew Cuomo to sign, ignore or veto.

“This legislation sends a very simple message, which is that we should never ask taxpayers to support religious, ethnic, or racial discrimination. We need to marginalize the politics of intolerance whenever it rears its ugly head,” Senator Jeffrey D Klein, who represents District 34 (Riverdale and Westchester), said in a statement. ”I will not allow the enemies of Israel or the Jewish people to gain an inch in New York. The First Amendment protects every organization’s right to speak, but it never requires taxpayers to foot the bill.”

The bill also contains three exemptions in which the provisions of this bill would not apply to colleges: located in a foreign country that is a state sponsor of terrorism, when the boycott is connected with a labor dispute, or when the boycott is for the purpose of protesting unlawful discriminatory practices. 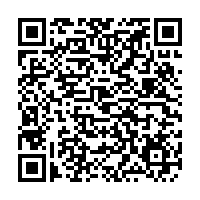