Jewish Democrats called on Mitt Romney and Republicans not to accept money from Sheldon Adelson because of allegations that the casino magnate approved of prostitution at his China properties.

“As you saw during the Republican primaries, GOP mega-donor Sheldon Adelson dumped millions of dollars into supporting Newt Gingrich’s feckless campaign. Now he’s doing the same for Mitt Romney – with no plans to stop. But perhaps the most alarming aspect of Adelson’s potentially unlimited contributions is where the money comes from.

“It’s well known that Adelson makes tremendous sums of money through his casinos in China  which – according to 2008 Republican presidential candidate Senator John McCain (AZ) – means that Chinese ‘foreign money’ (to quote McCain) is flooding our political system. But this week, reports surfaced that in addition to his anti-union and allegedly corrupt business practices, Adelson ‘personally approved’ of prostitution in his Macau casinos.

“Given these reports, Romney and the rest of the Republican Party must cease accepting Adelson’s tainted money immediately.”

Matt Brooks, the director of the Republican Jewish Coalition, told JTA the call was “disgusting” because it was based on allegations in a lawsuit filed by Steven Jacobs, a casino executive who was fired by Adelson in 2010.

“Setting aside their partisan agenda, the NJDC should be ashamed of itself for attacking someone who has done more for the Jewish community and Jewish philanthropy than anyone in recent history,” Brooks said, citing Adelson’s major contributions to the Birthright Israel program, which brings Jewish youth to Israel, and to Yad Vashem, Israel’s Holocaust memorial museum.

“If this is proven to be nothing more than rantings of an employee in legal battle, NJDC is going to have a lot of egg on its face,” Brooks said. “If they were truly mensches about it, they would wait until it is adjudicated.”

Adelson and his wife, Miriam, have given tens of millions of dollars this year to political committees supporting Republicans in general and Romney, the presumptive GOP presidential nominee, in particular, although it is not clear if the Adelsons have given directly to Romney.

Adelson is also a major funder of the Republican Jewish Coalition.

Adelson has clashed repeatedly with unions at his Las Vegas properties. Earlier this year it was reported that federal authorities are investigating allegations that he bribed Chinese officials to advance his interests there. 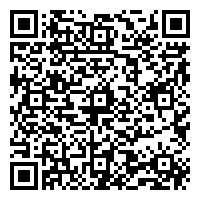