Surprising everyone, but mostly its own rank and file, the largest Presbyterian group in the United States on Thursday rejected by only a razor-thin margin a proposal to divest from three companies that do business with Israel. (IUpdate: As we go into Shabbat in Israel, there are rumors about a motion to reconsider).

The official announcement of the General Assembly of the Presbyterian Church reads:

“After two hours of debate and presentations Thursday night (July 5), the 220th General Assembly of the Presbyterian Church (U.S.A.) said no to divestment as part of its position on peace in the Middle East.”


After the second vote on Monday, in which Resolution 15-10 to divest from Caterpillar, Hewlett-Packard, and Motorola Solutions had easily passed , anti-Israel advocates were certain that the divestment (BDS) proposal, Resolution 15-10, was going to easily pass in the third and final vote, and took a major hit when the proposal failed in a 333-331 vote with 2 abstentions.

On Thursday, one Caterpillar employee “choked up”during the debates as he defended his company from the calls to divest from it.

[Divestment by the Presbyterian Church] would be a historic and valuable victory for the growing global boycott, divestment and sanctions movement.

But the crown jewel of the BDS drive organizers, the Israel Palestine Mission Network, is their proud list of bone fida Jewish organizations and individuals who have made the economic strangling of Israel their highest goal.

Rebecca Vilkomerson, writing for Jewish Voice for Peace, celebrated the “biggest U.S. victory yet for Boycott, Divestment, and Sanctions movement,” as “over the objection of Rep. Gary Ackerman (D-NY), pension giant TIAA-CREF’s Social Choice Funds have divested from Caterpillar.”

Except that their claim of BDS success at TIAA-CREF is a false boast. IAA-CREF decision was based on a downgraded rating given by MSCI ESG Research.

“[They have] assessed this [Israel-Palestinian] human rights controversy since 2004. This controversy has been incorporated in the rating since then and, as such, did not trigger the ratings downgrade in February 2012.”

We are aware that the Jewish Council on Public Affairs (JCPA) has unleashed a powerful campaign to dissuade you, and consequently dissuade the United Methodist Church and the Presbyterian Church (USA) from moving forward with their well-considered divestment campaign…

…However, even if the American Jewish community were unanimously opposed to such phased selective divestment by your Church – which is not at all the case – we believe it is still important that you move forward with the thoughtful multi-year process which your Church has begun.

And Rabbi Lynn Gottlieb, also from the Jewish Voice for Peace, wrote in June that the reason for supporting the boycott on companies doing business in Israel is because:

Most Jews and Christians are not willing to go to Palestine to personally resist Israeli policies of land conﬁscation, home demolition, destruction of trees and property, military invasion, denial of freedom of movement, administrative detention or the arrest of children through nonviolent protest. Most Jews and Christians do not travel to Israel to work for an end to the blockade of Gaza and are not shot when they try to harvest their wheat or ﬁsh in the sea.

The list of Jews willing to distort history, reality, facts, and context, in service of the enemies of Israel is astonishingly long, and, not surprisingly, there is no discernible difference in style or approach between the anti-Israeli statements made by Arabs and by these Jews.

Except that, once again, like in the divestment battle in the United Methodist Church and the Episcopal Church, the BDS movement did not have a victory to claim.

But the battle is not over in the Presbyterian’s Middle East committee:

“The Assembly’s work continues on Middle East issues on Friday. The committee’s recommendations to boycott all products that are made in occupied Palestinian territory and sold by Israeli companies and to not use the word “apartheid” to describe the Israeli-Palestinian conflict are two of the items that will be considered.”

In the meantime, a more bland and unbiased proposal replaced the BDS proposal, and it easily passed by 369-290 with 8 abstentions, recognizing “the tragedy of the situation in Israel and calls for engagement at all levels of society for a solution (to the Israel-Palestine conflict).”

Incidentally,  the Assembly voted 572-127 to approve a recommendation on the “peaceful engagement of Iran regarding the potential of nuclear weapons.”

We assume they’ll send them flowers.

Finally, these young Jews, at least one of them baptized Christian, advocate the BDS message with a cheerfulness and self assurance (as many of them read from a script to the side of the camera) that must keep their grandparents in excellent physical shape as they roll over in their graves… 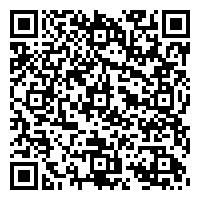