(JNi.media) The Temple Institute, an Israeli organization dedicated to establishing the Third Temple, is one of the few Jewish groups dedicating themselves to finding a crack in the status quo on the Temple Mount, which forbids Jewish prayer there, and frequently blocks Jews from entering the compound.


[Editor: Perhaps the baby said the bracha (blessing) out loud?]

The accompanying video shows Israeli police removing a Jewish mother who tried to nurse her baby—using a blanket for modesty—on the Temple mount. The police insisted that nursing babies was strictly off limits there. The scene quickly turned into street theater, with the cops accusing the woman and her friends of acting for the smartphone cameras, and the women accusing the cops of being heartless, deaf to the needs of a hungry baby.

“Shame on all you feckless politicians and self-important pundits, judges, rabbis, human rights activists and feminists, etc., who endorse and support the racist policy of ‘status quo’ on the Temple Mount!” goes the Temple Institute statement. “Are your rights to express your thoughts and opinions more sacred than the right of a Jew to pray on the Temple Mount? Or of a mother to nurse her hungry baby?”

One more open question remains: how would the Arab news websites, which usually describe Jewish visits on Temple Mount as “Settlers assault Al Aqsa with aid of police troops” describe this scene? And, of course, what would be the fate of a policeman who tried to remove an Arab mother and her baby from the same site? 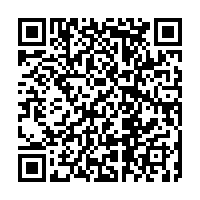