The grass roots organizations which brought you the thousands-strong Stop Iran Now! rally in Times Square in July is calling on New York area residents to join them for a slightly different kind of event against the Nuclear Iran Deal.

“The first time we came out in huge numbers that electrified people across the country. That rally was for those who wanted to understand the Agreement, who needed to learn more about the deal itself,” Jeff Wiesenfeld, the master of ceremonies and one of the founding members of the Jewish Rapid Response Coalition told the JewishPress.com.

“The Sept. 1 event is to energize people and get them to inform their elected representatives that they oppose the Agreement and will remember in November how their representatives voted in September,” Wiesenfeld explained.

This event is taking place in front of the New York City offices of the two U.S. Senators who represent New York, Senator Chuck Schumer and Sen. Kirsten Gillibrand, beginning at 5:30 p.m., in front of 780 Third Avenue, at the corner of 49th Street.

Earlier today it was announced that the Sept. 1 rally will be a bipartisan one. Addressing those gathered will be former U.S. Senator Joe Lieberman (D-CT) and Senator Lindsey Graham (R-SC), a current candidate for president. The two will deliver a major foreign policy address, one that emphasizes the bipartisan responsibility to protect the United States and our allies from the dangers of a nuclear-armed Iran, and that the current deal will not prevent that danger.

“The organizers of the initial rally always planned on having a follow-up rally in order to maintain the momentum of the critical message that this catastrophic deal cannot stand,” emphasized Lauri Regan, the New York chair of EMET, a Washington, D.C.-based think tank which deals with the Middle East, and a central organizer of the two events.

“Once Senator Gillibrand came out in favor of what she ironically labelled ‘the imperfect deal,’ it became clear that our focus would turn from asking Senator Schumer to do the right thing to thanking him and telling Gillibrand that New Yorkers will not stand while she surrenders American national security to a mullahcracy with a foreign policy based on ‘Death to America.’

Another one of the organizers, Rabbi Elchanon Poupko, told the JewishPress.com that “Shortly after the [July] rally Chuck Schumer came out opposing the deal.”

Poupko described the thousands of people who came to that first event, and that it sent shock waves throughout the world. “It was reported from Asia to South America!” Poupko and his colleagues hope to send the strongest possible message to Washington to ‘Stop Iran Now!’ As the vote on the deal is approaching, “We hope many more will join us in making that call.”

The July 22 event focused heavily on Schumer who was in a difficult position politically – so many of his constituents and long-time supporters were urging him to vote his conscience and oppose the deal. The administration was pressuring all Democrats in Congress, but especially someone so visible and senior as Schumer, to be a team player and throw his weight behind the Agreement.

The junior Senator from New York, Gillibrand, has since come out in support of the deal, and she will be the heavy focus of attention on Sept. 1.

“As a Senator of New York which suffered the greatest terrorist attack on U.S. soil, Ms. Gillibrand must oppose this deal,” said Hillary Barr, the founder of Mothers Against Terrorism and a core organizer of the two NYC Anti-Nuclear Iran Deal events this summer.

“This Iran deal puts the U.S. and its armed forces in grave danger,” Barr said. 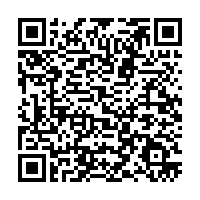