But Obama seemed the most passionate when he tackled the audacity of some “at home, while I’ve been away” to question his decision to bring in 10,000 Syrian refugees. For that, Obama’s voice hardened and he indignantly castigated Republicans for now second-guessing whether that is the right decision.

“This attitude,” the president claimed, “that’s not who we are.


For perhaps the first time ever, Obama praised George W. Bush, saying he was proud when the former president “made clear,” immediately following the attacks on 9/11, “that this is not a war on Islam.”

“The U.S. has to step up and do its part,” and welcome “people fleeing Syria who are the most harmed by terrorism, the most vulnerable, they are parents, they are children, they are orphans.”

“It is very important,” Obama continued, “and this was affirmed by the G-20, that we no not close our hearts to those victims, that we do not equate the issue of refugees with the issues of terrorism.”

At virtually the same moment U.S. President Barack Obama was delivering his message that his strategy is and has been the correct one against ISIS and that he neither underestimated them and he still thinks American boots on the ground would be a mistake, France’s President Francois Hollande spoke to his government.

Hollande, in sharp contrast to Obama, said that “France is at war.” The French president asked for a three month extension of the emergency declaration of powers, and he is talking about changes to the French Constitution. He also said that he plans to meet with Obama and [Russian President Vladimir] Putin to join forces in this fight.

The President of France swore that his nation’s military attacks on ISIS will increase and his nation is “committed to destroying the Islamic State.”

Among the commitments to fighting ISIS Hollande made was a many thousand-fold increase in police posts over the next two years, and no cuts in the defense budget, speeding up deportations of foreigners who “pose a particularly grave threat to the security of the nation,” and pushing for greater action against arms trafficking.

The French leader is committed to change that will lead to the defeat of ISIS. The American president insists no real change is needed. 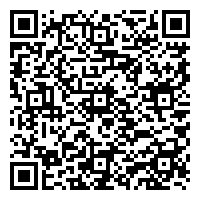