President Obama cited the Jewish striving for freedom and the U.S.-Israel bond in his Jewish American Heritage Month declaration.

“Jewish immigrants from all over the world wove new threads into our cultural fabric with rich traditions and indomitable faith, and their descendants pioneered incredible advances in science and the arts,” Obama said Tuesday in declaring May as Jewish American Heritage Month. “Teachings from the Torah lit the way toward a more perfect Union, from women’s rights to workers’ rights to the end of segregation.”

He said Americans could see Jewish “accomplishments in every neighborhood, and we see them abroad in our unbreakable bond with Israel that Jewish Americans helped forge.”

Congress legislated Jewish American Heritage Month in 2006 and Obama was the first president, in 2010, to mark it with a celebration.

This year there will be no White House fete because of budget cuts. 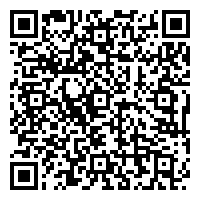