President Barack Obama has pontificated that the Islamic State (ISIS or ISIL) does not speak for Islam.

ISIS “speaks for no religion,” said the President, who doubles as de facto Secretary of Islamic Defense.

How does he know ISIS does not speak for Islam? He explains, “Their victims are overwhelmingly Muslim, and no faith teaches people to massacre innocents.”

America’s expert on religion apparently never learned about the Crusades, nor does he know that leading Christian leaders justify killing homosexuals because they are deemed a threat to Christianity.

“ISIL has no ideology of any value to human beings,” Obama continued, taking time off from his vacation at Martha’s Vineyard to explain that ISIS’s radical Islamic ideology is “bankrupt,” an implied assumption that bankrupt ideology does not speak for anyone.

Perhaps Hitler did not speak for Germans?

Responding to the ISIS’s beheading of American photojournalist James Foley, President Obama continued, “ISIL stands for the Islamic State of Iraq & the Levant while ISIS stands for the Islamic State of Iraq & Syria. The aims and objectives of ISIS/ISIL are clear – establish an Islamic caliphate in the Middle East and eventually a global caliphate. That global caliphate includes The White House. This means purifying Islam. Those Muslims who are deemed insufficiently Muslim will be killed….

“One thing we can all agree on is that a group like ISIL has no place in the 21st century.”

What constitutes someone speaking for a religion? There are no lack of usurpers who challenge the authority of Judaism and Christianity. Each faith has many sects that are not recognized by each other, but who, except for Obama, decides what religious leader speaks for Judaism or Christianity.

The answer, outside of the Vatican and Israel where religion and state are intertwined as a matter of self-survival, lies in valid surveys.

A 9/11/13 Pew Survey revealed that a “median of 57% across the 11 Muslim publics surveyed hold an unfavorable view” of Al Qaeda. That is a polite way of saying that 43 percent of Muslim dis not state an unfavorable view of the terrorist network.

A Gallup poll in 2008 stated that 36.6 percent of the world’s approximately 1.8 Muslims partially, totally, or in some way justified the 9/11 attacks on the United States.

In numbers, that means approximately 600,000,000 Muslims are roaming the world with radical Islamic views.

Not all of them, and perhaps a small minority of them, are ISIS enthusiasts. Many more are big on Al Qaeda, Taliban, Hezbollah the Army of Islam, the Muslim Brotherhood and its offspring Hamas.

If the definition of ISIS radicalism is beheading and establishing an Islamic caliphate in the Middle East, these groups are not far apart, unless Obama preaches that their ideology is no less bankrupt than suicide bombers who blow up women and children, and Hamas executions who shoot people in the head and the back, drag their bodies in the street and cart off body parts of Israel soldiers as souvenirs or booty for ransom. 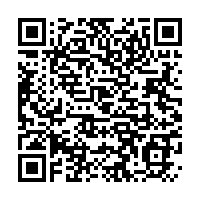