“A diplomatic solution is better than a military option but a military option is necessary for diplomacy to succeed” to prevent Iran from obtaining access to a nuclear weapon, Prime Minister Binyamin Netanyahu told a Washington think tank.

Netanyahu spoke to the Saban Center for Middle East Policy at the Brookings Institution.

He added that he agreed with President Barack Obama’s preference for a diplomatic solution but that it will not work without a “credible military threat,” according to AFP.

Although a “threat” is not direct military force, it is difficult to infer that the Prime Minister meant anything other than the use of force since the radical Muslim world’s understanding of the word is inability or fear of using force.

The United States signed on with other Western powers in Geneva last November for a six-month deal, extended until this coming November, that provides that Iran would freeze or curtail some, but not all, of its nuclear development and that international sanctions would be eased.

“Steps must be taken to prevent further erosion of the sanctions because ultimately the sanctions remain an essential element of the international effort to compel Iran to dismantle its nuclear military infrastructure, to take apart all its centrifuges,” N Netanyahu said.

Iran now is again pulling out it latest trick from up its sleeve to buy off the West.

The Islamic Republic, whose stated goal is to establish an Islamic Caliphate in the Middle East, including Israel, will be happy to help the United States fight Islamic State insurgents in Iraq if the Obama administration simply would lift “all the sanctions imposed on Iran over its nuclear activities,” said Iranian Foreign Minister Javad Zarif this week. 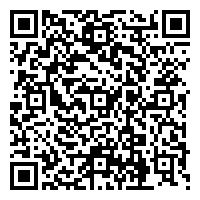