A new display in Jerusalem is showcasing the oldest-known masks in the world, believed to have originated 9,000 years ago, long before Purim.

The 11 masks are made of stones and were discovered in the Judean desert near Jerusalem. Experts believe the masks were meant to look like skulls, with each displaying a unique personality via emotional expressions of shock or grinning.


“When you go back to objects that are this old, that are so much before the theology that becomes Judaism, Christianity and then Islam, to feel that there is a kind of a connection, that this is all part of a continuous story, is something that is pretty thrilling,” said Israel Museum director James Snyder, the Associated Press reported.

The custom of mask making and wearing dates back at least 25,000 years although no masks that old have been found, according to exhibit curator Debby Hershman, with the earliest masks most likely made of animal materials. Later, stone masks originated at the time when humans living in the Fertile Crescent adopted agriculture.

“It’s the most important revolution that ever happened,” Hershman said. The people who fashioned the masks, she said, “are actually the founders of civilization.” 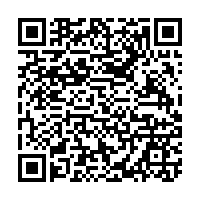