Jesus was “a refugee child who fled death gangs,” according to Democratic presidential hopeful Martin O’Malley.

O’Malley can forget about the Orthodox Jewish vote. His crass comment that managed to implicate Biblical Jews as “death gangs” also once again re-event Jesus into a politically correct figure.

The Palestinian Authority reinvented Jesus as a the first “Palestinian” in recent years,  but PA chairman Mahmoud Abbas this year settled  for simply calling him “a symbol for all Palestinians.”

It is not clear what the symbol means to the Palestinian Authority, but the Abbas regime does not look like it has any chance of being resurrected.

A recent poll by the respected  Ramallah-based Palestinian Center for Policy and Survey Research revealed that only 45 percent of respondents support “the two-state” proposal and 65 percent believe that it is no longer practical.

As for Abbas, he is in the cellar among the respondents. If elections were held today, six years after Palestinian Authority Arabs were supposed to vote for a chairman, Hamas leader Ismail Haniyeh would handily defeat Abbas by a 10-point margin.

O’Malley’s Christmas Eve comment on Jesus as a refugee was a barb to Republican front-runner Donald Trump, who wants to deport hundreds of illegal immigrants.

Trump is not the only one. The Department of Homeland Security reportedly is planning to deport hundreds of immigrants from Central America who fled violence.

A Christmas Refugee Roundup sounds like something [Trump] would concoct. Remember: Jesus was a refugee child who fled death gangs. 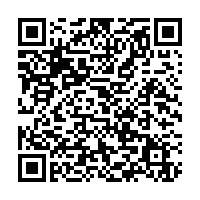