A new survey conducted for the Middle East Forum and the Israel Victory Project indicate that 65% of the Jewish public in Israel believes that Israel needs to achieve a clear victory through military confrontations with the “Palestinians” in order to end the conflict, as reported by Channel 20. The survey will be presented to the Knesset on Tuesday.

77% of the respondents agreed that in the next round with Hamas or Hezbollah, the military leadership should decide to “let the IDF win.” It has been a common complaint in Israel that the IDF has been holding back in their battles with the enemy.


The survey found that 59% of Israelis see US President Donald Trump as the most pro-Israeli president ever, compared to only 25% of respondents who expressed concern that in the future Trump will still “charge a price” for his support of Israel.

Only 21% expressed concern about the possibility that President Trump would recognize the state of Palestine with Jerusalem as its capital, while 62% do not believe it will happen.

Most importantly, only 3% of Israelis believe that settling in Judea and Samaria is an obstacle to peace.

Among those who lean politically left, the results were also interesting.

The survey was conducted by the Rafi Smith Institute, according to a representative sample of 800 people among Israel’s adult Jewish population. 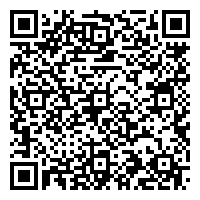