The US Court of Appeals for the District of Columbia has ordered a district court judge to re-adjudicate a lawsuit brought by the family of Naftali Fraenkel, one of the three teenagers who were kidnapped and murdered by Hamas members in June, 2014.

Last month, the district court ruled that Avi and Rachelle Fraenkel, Naftali’s parents, were not entitled to full damages for pain and suffering because the town they live in, Nof Ayalon, straddles the Green Line, and because Fraenkel, Eyal Yifrah and Gil-Ad Sha’ar had been hitchhiking from Gush Etzion, which is also located over the Green Line.


“The District Court … found that the location of the Fraenkels’ home, Naftali’s school and the site of the abduction indicated that Naftali and his family had ‘accepted the risk’ of terrorist attacks,” said the appeals court in throwing the ruling back to the lower court.

Judge Rosemary Collyer of the district court said the family had the right to sue Iran and Syria for their son’s murder (Naftali was a US citizen, as is his mother), but added that the family’s claim of $340 million was overstated, awarding $4.1 million instead.

Collyer noted that Fraenkel was not targeted because he was American, but rather “because they were Jewish and Israeli youths.”

“These facts do not diminish the plaintiffs’ grief or loss, but they can influence the assistance available to them when viewed through the lens of civil tort liability,” the judge wrote.

“(But) the plaintiffs took on themselves the risks of living beyond Israel’s Green Line and sending Naftali Fraenkel another 40 km into the West Bank to a high school in Gush Etzion, six km from the city of Hebron” limited the legal damages relevant to the case, Collyer wrote. 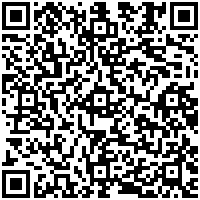