Home News & Views News Briefs Ordeal Ends: MIA Sgt. Oron Shaul Declared Dead
Share on Facebook
Tweet on Twitter
Photo Credit: Screenshot, Facebook
Another family in Israel has received news it dreaded to hear – and yet, perhaps, with some measure of relief.
​ But the decision was received nevertheless with a flood of tears and immeasurable pain.​
The parents of Staff Sergeant Oron Shaul, age 20, were informed Friday afternoon that their son was declared dead Friday at 2:40 pm by IDF Chief Military Rabbi Brig.-Gen. Raphael Peretz.
Shaul, a member of the Golani Brigade, was killed in action in Gaza this past Sunday, July 20, along with six of his comrades.
The IDF chief rabbi came to the home to personally deliver the news, along with the head of the IDF Manpower Directorate, Maj.-Gen. Orna Barbivai, along with the commander of the 366th Reserve Division.
The soldier was to this point listed as missing in action.  He and his other comrades were killed when their armored personnel carrier (APC) sustained a direct hit by an anti-tank missile fired by Gaza terrorists. That same day, a total of 13 Golani soldiers were killed in the eastern Gaza City neighborhood of Shejaiya – home to a nest of terrorists who were firing long-range missiles at cities all over Israel.
The bodies of Shaul’s six comrades were identified quickly after the battle, but Shaul’s body did not appear to be among them.
The Hamas terrorist organization took full advantage of the fog of war, crowing that its operatives had kidnapped ‘Shaul Aron, the soldier.’  Hamas mocked Israel, showing a photo ID and the army serial number – but the move was just more disinformation and psychological warfare, for IDF soldiers carry no photo ID with them when they go into battle.
Hamas provided no proof it held the soldier.
Moreover, the fact that all of the other occupants of the APC died on the spot, combined with the nature of the blast, made it highly unlikely that much, if anything remained of Shaul’s body, officials said.
Shaul’s family was informed that Rabbi Peretz determined their son was a fallen IDF soldier, whose place of burial is unknown. This halachic ruling eliminates the requirement for a funeral, the family was told; nor are they obligated to sit ‘shiva’ – the seven-day Jewish mourning period, they were told.
Advertisement 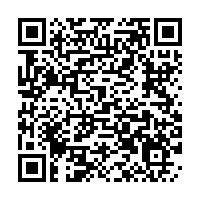