President Barack Obama defended his record on Israel and on religious freedoms in a conversation with Orthodox Jewish leaders.

The president dropped in on a meeting the leaders were having with his Chief of Staff Jacob Lew.


Lew is the first Orthodox Jew to hold the position of White House Chief of Staff.

The meeting Tuesday, convened by the Orthodox Union, was friendly, in depth and constructive, according to participants on all sides.

But the Orthodox leaders pressed Obama hard on some issues, particularly on how he has handled the U.S.-Israel relationship and on his decision to mandate contraceptive coverage for employees at some religious institutions.

Participants said that Obama rejected the notion that he was even-handed in his attempts to revive Israeli-Palestinian peace talks; he insisted that the U.S. posture was pro-Israel, for instance, in his calls for making Israel’s security needs paramount in any final status deal.

He said his calls to freeze settlement expansion reflected the same positions of his four predecessors, and blamed differences with Israel in part on the quirk of history of a concurrent centrist U.S. government and right-wing Israeli government.

He said peace was critical as the Arab democracy movement swept the region, but said he was worried that the Palestinian leadership was no longer as interested in advancing toward peace.

When it came to Israel, Obama asked the group not to doubt his “fidelity” to their cause.

An Orthodox Union official reiterated the group’s unhappiness with Obama’s decision to require contraceptive coverage for employees at religious institutions not directly involved in religious activity, like hospitals or orphanages.

The official noted that the OU did not oppose contraceptive coverage, but was concerned that the two-tier system was confusing and represented governmental intrusion into matters of faith.

Obama said he was proud of his administration’s record of defending religious liberty, but that the contraceptive coverage case presented him with a dilemma: How to protect the right of millions of women working at religiously-run institutions.

He defended his solution, exempting purely religious establishments like churches and providing the contraceptive coverage through third party insurance companies, instead of the religiously-run institution.

He said the solution allowed religious individuals who objected to contraceptive coverage not to participate, but simply to passively tolerate others receiving the coverage.

Asked about assistance for students in parochial schools, Obama said he was open to expanding federal assistance to such schools.

Before Obama arrived, the group had discussed with Lew Iran policy and Homeland Security funding for protecting non profits through the Nonprofit Security Grant Program.

At the conclusion of the 45 minute meeting, in the Oval Office the Orthodox leaders presented President Obama with a framed reproduction of President George Washington’s letter to the Jewish community of Newport, Rhode Island – the first time Jewish leaders and an American president exchanged views.

The group moved from the Roosevelt conference room to the Oval Office for a photo.

“We are deeply appreciative to President Obama and Chief of Staff Lew for meeting with us to discuss the President’s priorities and the Orthodox Jewish community’s values and interests,” Dr. Katz said in a statement after the meeting.

A White House official said that “the president discussed with the rabbis and lay leaders a variety of issues of mutual concern on issues related to both domestic and foreign policy. The president reiterated his unwavering support for Israel’s security and his commitment to preventing Iran from acquiring nuclear weapons.”
JTA content was used in this report. 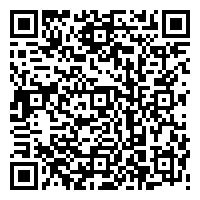