The members of the Stanton Street Shul community on Thursday night received an email from their board announcing that the inclusive event of hosting Orthodox LGBT in an Eshel Downtown Shabbaton. This despite a warning letter from neighborhood Orthodox rabbis who declared that “No Jewish institution that allies itself with such a group can rightfully claim to be Orthodox.” (See: Lower East Side Rabbis Hint at Excommunicating Orthodox Shul for LGBT Shabbaton)

The Stanton Street Shul board wrote: “We want to take this opportunity to affirm our commitment to hosting the Eshel Shabbaton this Shabbat and to being an Orthodox shul where all Jews can feel safe praying, learning Torah, and finding fellowship with each other — a place where all are welcome and all feel welcome. We are proud of our members, our rabbi, and the Sixth Street Community Synagogue for fostering the kind of inclusive community that respects the dignity of all people, recognizing that we are all created b’tzelem Elokim, in God’s image.

“We encourage you to show your support by coming to shul this Shabbat for services and for the Shabbaton programming, and we welcome your feedback, questions, and notes of support.”

However, the Stanton Street Shul website’s page announcing the Eshel Shabbaton has been removed.

For its part, the Eshel organization, whose mission is to integrate Orthodox LGBT in the community, started a petition online titled: Support Rabbi Bodner and Rabbi Bellino (the spiritual leaders of the Stanton and Sixth Streets shuls). The petition reads:

“We are Orthodox LGBTQ Jews, parents and family members of LGBTQ Jews, and allies. We believe in inclusive Orthodox communities that welcome LGBTQ Jews and their families.

“We are disheartened to learn that both of you have been attacked for hosting Eshel in your synagogues. However, we want both of you, and your synagogue members, to know how much we support you and appreciate your efforts on our behalf.

“We thank you, Rabbi Bodner and Rabbi Bellino, for giving us hope with your commitment to Hachnasat Orchim (welcoming guests). We thank the leadership and membership of both synagogues for agreeing to host us. You are a model for what warm, compassionate, and inclusive leadership should be.”

As of Friday morning, the petition has received 259 signatures.

In our original story, JNi.media referred to the local Lower East Side rabbis’ letter as hinting excommunication of the “erring” shul. But in the reality of a diminishing Orthodox Jewish presence on the Lower East Side, which comes with the weakening of the Orthodox “establishment” in the neighborhood, it’s hard to imagine what steps the local rabbis might take to make good on such a threat. The relationship between the shul and the neighborhood Orthodox leadership (as opposed to the neighborhood rank and file Orthodox Jews) has always been tense, with the Haredi leaders being critical of the Stanton Street Shul’s egalitarian policy regarding women (the shul maintains women’s minyanim several times a year; shul women dance with the Torah on Simchat Torah; the shul invites women scholars in residence for Shabbat lectures). The dispute over the LGBT Shabbaton may just fizzle away without any tangible negative consequences. At the same time, as has been expressed several times in online debates over the story Thursday, there’s also little chance of an honest dialog between the Stanton Street Shul community and the neighborhood rabbis over the serious issues facing the declining Orthodox community on the Lower East Side. 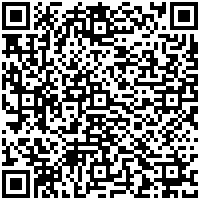