Oxfam accepted actress Scarlett Johansson’s resignation as a global ambassador, calling the role “incompatible” with her work for the Israeli company SodaStream.

“Oxfam has accepted Scarlett Johansson’s decision to step down after eight years as a Global Ambassador and we are grateful for her many contributions,” the global anti-poverty charity said in a statement issued Thursday. “While Oxfam respects the independence of our ambassadors, Ms. Johansson’s role promoting the company SodaStream is incompatible with her role as an Oxfam Global Ambassador.”


Johansson announced Wednesday that she was ending her relationship with Oxfam following criticism from the charity of her work as a spokeswoman for the producer of home soda-making machines, which operates a factory in Judea and Samaria.

Johansson in her statement said she and the humanitarian organization have “a fundamental difference of opinion in regards to the boycott, divestment and sanctions movement.”

Oxfam has said it opposes any trade with Israeli settlements.

As a global ambassador for Oxfam, Johansson has traveled to India, Sri Lanka and Kenya to highlight the problem of global poverty.

“She is very proud of her accomplishments and fundraising efforts during her tenure with Oxfam,” said the statement released by Johansson’s spokesman and first reported by The Associated Press.

SodaStream signed Johansson to be its first global brand ambassador, and she is set to appear in a television ad for the company during the Super Bowl on Sunday. The company employs Israeli and Palestinian workers at its Judea and Samaria factory in the settlement of Maale Adumim.

Pro-Palestinian groups had called on Oxfam to sever its ties with the actress. On Tuesday, representatives of Jewish Voice for Peace, the Boston Coalition for Palestinian Rights, American Jews for a Just Peace and the First Church in Cambridge Israel/Palestine Task Team met at Oxfam America’s Boston headquarters and urged the humanitarian organization to drop Johansson, who is Jewish, over her defense of SodaStream’s presence in Judea and Samaria.

Johansson had defended SodaStream and her involvement with the company in a statement released Jan. 24 on The Huffington Post.

In an interview with the Forward newspaper, SodaStream CEO Daniel Birnbaum said his company’s Judea and Samaria factory was “a pain in the ass.” Birnbaum said he would have never established the plant, which was set up before his tenure at the company, but vowed he would not close the factory in response to pressure. He told the Forward that he “just can’t see how it would help the cause of the Palestinians if we fired them.” 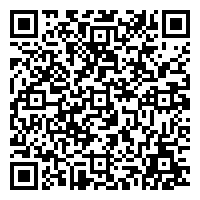