Palestinian Authority Arabs clashed with Israeli soldiers in various locations throughout Judea and Samaria on Friday.

On the Temple Mount, rioters were waving the flags of the Hamas terrorist organization during violent demonstrations.

The ongoing violence is just more of the weekly Friday ‘Days of Rage’ across the regions, egged on by Islamic clerics during their Muslim Sabbath sermons in the mosques.

The rioters are protesting Israel’s presence in Judea, Samaria and Jerusalem – and more to the point, in the Middle East as a whole. They have been taught from birth over the past three generations via the media and in school texts that Jews have no place in “Palestine” and that one day the Arabs will drive them all into the sea. It is towards this goal they are nurtured from birth to the grave, with little else to distract them in most PA curriculums.

Final status talks as mandated under the internationally-recognized Oslo Accords signed by Israel and the Palestinian Authority in the early 1990s have been entirely set aside.

The PA has successfully managed to evade their obligations under this document by managing to achieve status in the United Nations General Assembly as a non-member observer nation called the “State of Palestine.”

Now European nations are beginning to recognize the entity as an independent sovereign country as well, despite its divided, fragmented nature, without any real boundaries and without having carried out any of its agreed-upon responsibilities.

Meanwhile PA Arab terrorists have successfully launched a lethal, third intifada against Israeli citizens, an ominous sign that is being more or less ignored by the international community.

(Ed. Note: Above story was filed on Friday in New York prior to Sabbath.) 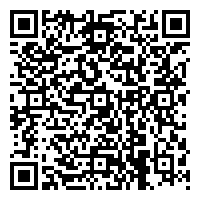