The fatal stabbing of an IDF solider by a Palestinian Authority terrorist Wednesday was only “an isolated incident,” according to an unidentified Palestinian Authority official quoted by The New York Times. The newspaper said the source was not authorized to speak publicly before PA chairman Mahmoud Abbas has made a statement, which has not been heard.

The unidentified official added, “Those trying to torpedo the negotiations on the Israeli side are in the government.” 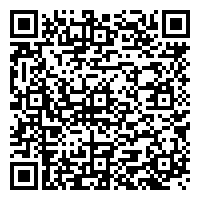