The Palestinian Authority claims it has received no foreign aid whatsoever from the United States this year.

In fact, the PA government says only the European Union, Saudi Arabia and Algeria have made good on their pledges to donate financial aid to Ramallah.

In a December 8th Voice of Palestine radio interview posted on his Facebook page, Palestinian Authority Prime Minister Rami Hamdallah said: “2016 is about to end, and no shekel or agora, or dinar or dollar has been paid.” Hamdallah says the United States has completely stopped funding the general budget of the Palestinian Authority, according to information translated by the PA media watchdog, the Palestinian Media Watch. (PMW)

PA government officials have said that in total, foreign aid to the entity this year has dropped by 62 to 70 percent.

The PMW‘s exposure of the PA government’s incitement and misuse of funds greatly assisted U.S. legislators in their efforts to prohibit direct funding of the Palestinian Authority, unless “the PA is acting to counter incitement.”

Earlier this year, U.S. Assistant Secretary of State Anne Patterson told a hearing at the House Foreign Affairs Committee, “None of our money goes to this [salaries to prisoners]. It’s not fungible in that respect. Our money goes essentially to pay PA debts to Israel and to other creditors.”

The PA has been able to receive funding because U.S. law also enabled U.S. presidents to waive the funding restrictions of the law if it was in American national interest. For example, this is one of the waivers announced by President Obama:

“MEMORANDUM FOR THE SECRETARY OF STATE SUBJECT: Waiver of Restriction on Providing Funds to the Palestinian Authority”

“By the authority vested in me as President by the Constitution and the laws of the United States of America, including section 7040(b) of the Department of State, Foreign Operations, and Related Programs Appropriations Act, 2012 (Division I, Public Law 112-74) (the “Act”) as carried forward by the Further Continuing Appropriations Act, 2013 (Division F, Public Law 113-6) (the “CR”), I hereby certify that it is important to the national security interests of the United States to waive the provisions of section 7040(a) of the Act as carried forward by the CR, in order to provide funds appropriated to carry out chapter 4 of part II of the Foreign Assistance Act, as amended, to the Palestinian Authority. You are directed to transmit this determination to the Congress, with a report pursuant to section 7040(d) of the Act as carried forward by the CR, and to publish this determination in the Federal Register.”

However, Congress did not support the routine presidential waivers given the continued PA incitement to hatred and terror that PMW documented. To curb this, Congress eventually made it harder for the president to use the waiver, requiring him to show that the PA is “acting to counter incitement.” 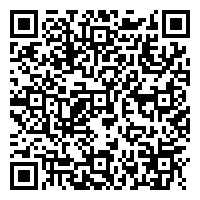