Palestinian Authority leader Mahmoud Abbas has purchased a new high-end private plane at a cost of $50 million, according to a report Wednesday by Hadashot 2 News.


According to the report, the plane is to be delivered to Amman, Jordan in the coming weeks.

For the record, Israel’s Prime Minister Benjamin Netanyahu –and for that matter, in the history of the State of Israel, no prime minister – has ever purchased a private plane with government funds. 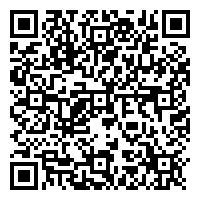