Prime Minister Benjamin Netanyahu met with Germany’s Chancellor Angela Merkel on Wednesday in Davos on the sidelines of the World Economic Forum.

“It was an important meeting. Of course we discussed the nuclear agreement with Iran,” Netanyahu said.


“I said that in my view the only existing option at the moment is to put in real – not cosmetic – changes that will prevent Iran from going nuclear which would otherwise be assured by the agreement as it stands.

Netanyahu said he also expressed his appreciation for Merkel’s “genuine commitment” to the security of Israel.

Merkel told the prime minister that she “understands our concerns regarding the nuclear agreement even though she does not necessarily agree with the way in which we want to deal with it,” Netanyahu said.

“To this end the Europeans will hold discussions among themselves, and with the U.S., but she understands that this touches on our concerns, the things that could threaten our very existence,” the prime minister said.

He added that Merkel has “proven this commitment in the past at various opportunities,” and that he is “satisfied that our positions have been well-understood.” 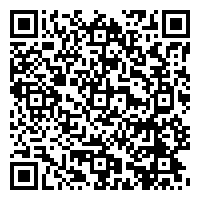