A baby girl born to Palestinian Arab parents living in the southern Gaza Strip was named “Knife of Jerusalem,” according to the official Fatah Facebook page, as explained by Palestinian Media Watch.

The birth certificate and a picture of baby Knife of Jerusalem was posted on the Fatah Facebook page on Oct. 23, 2015.

Fatah is the party of acting Palestinian Authority Mahmoud Abbas.

AS PMW also noted, a Gazan family named their baby after the murdering terrorist Muhannad Halabi, who stabbed to death two Israelis in Jerusalem’s Old City on Oct. 3. 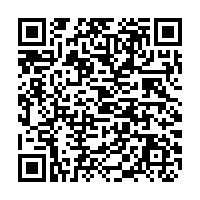