Defense Secretary Leon Panetta, speaking on the CBS program “60 Minutes” on Sunday, said that Iran could develop a nuclear weapon within about one year.

Panetta qualified this statement by saying that it would likely take Iran upwards of three years to produce a missile or other payload that could deliver the weapon.


Panetta repeated the Obama administration’s position that it would “take whatever steps are necessary” to stop Iran from developing a nuclear weapon, which he called a ‘red line’ for both the US and Israel. 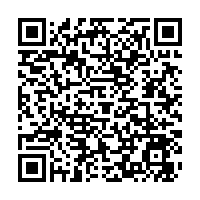