Palestinian Authority leader Mahmoud Abbas was still in the hospital on Monday afternoon but doctors said his condition was improving. A senior official likewise told reporters that Abbas was awake and might be discharged as early as Tuesday.

Abbas, 83, was taken to Istishari Hospital in Ramallah on Sunday with chest pains and a high fever following a surgical procedure on his middle ear several days earlier. It was the third time in a week that he was admitted to a hospital; one day earlier he underwent tests in the hospital.

A number of reports said Abbas was diagnosed with pneumonia; at least one report said he was treated with intravenous antibiotics and placed on a respirator, although he remained conscious.

It was unclear whether Abbas was still on a respirator by Monday.

The Palestinian Authority leader has experienced a variety of health problems over the past decade, including cardiac issues and prostate cancer. 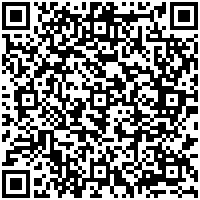