Williamson County, TN, resident Laurie Cardoza-Moore, mother of five and the head of an organization of pro-Israeli Christians, says she “appalled” to read in “The Cultural Landscape Curriculum – An Introduction to Human Geography” (list price a whopping $157.53) a social studies textbook her children study at the local high school the following, the following “dilemma”:

“If a Palestinian suicide bomber kills several dozen Israeli teenagers in a Jerusalem restaurant, is that an act of terrorism, or wartime retaliation against Israeli government policies and army actions?”

“It’s this type of rhetoric that has lead, historically, to the inquisition, to the pogroms, to the Holocaust in Germany,” Cardoza-Moore WSMV TV.


Williamson Schools Superintendent Dr. Mike Looney told the station the textbook, picked by the state of Tennessee, is actually intended for a college-level elective class.

Yes, it’s the first thing that comes to mind when reading the above paragraph, deep and reflective thought.

Cardoza-Moore questions why anyone would debate whether it’s right to attack innocent people for political reasons.

“You’re legitimizing murder because of a political cause. That’s unacceptable,” she said.

The only Jewish person directly involved in this story is Professor James M. Rubenstein who wrote the offending book. According to his official bio note, Prof. Rubenstein received his Ph.D. from Johns Hopkins University in 1975. He is Professor of Geography at Miami University, Oxford, Ohio, where he teaches urban and human geography.

Prof. Rubenstein has 25 titles to his name, some of them for only $70 or so, list price (although you can get a good few for just 99 cents). One of his titles I just must have is “Making and Selling Cars,” something I’ve been meaning to learn.

I doubt very much that the good professor is a rabid anti-Semite. He probably assigned the updating of the 11th edition to an intern and didn’t bother to proof it. The book appears rather inane, not something you’d take with you to impress your comrades at the Nazi Party picnic in Skokie.

Nevertheless, Cardoza-Moore is calling on Dr. Looney and on county school board members to launch an investigation into curricula that was approved by the Williamson County Superintendent of Curriculum, Tim Gattis. She is also asking for stricter guidelines with regards to the selection of curricula in the future.

“As Americans, we do not pay taxes for our school board members to purchase ‘subpar’ curriculum with numerous mistakes and anti-Semitic views,” she announced. “We want to make sure that the Jewish community feels safe in Williamson County and that we are able to make sure those values are upheld for future generations by what is taught to our children in our schools.”

But even though several parents are calling for the textbook to be removed from high school classrooms, seeing as it promotes anti-Semitic views, they found out Williamson County is probably going to be using the same textbook in the 2013-14 school year, since the state won’t consider a new social studies book until then.

The Tennessee Department of Education told the station that local school districts are free to pick a different book, but it must go through a state approval process.

Just like the one with the dead Israeli civilians did. 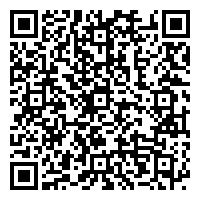