Shimshon Battalion soldiers, posted in Hebron, on Sunday, Israel’s Memorial day, cleaned up a monument in memory of a Jew who were murdered in Hebron in 1980. The monument is situated in the city Casbah, an area of shops and Cafés that’s off-limits to Jews nowadays. After cleaning up the monument, which had been defaced by Arabs, the soldiers lit a memorial candle.

The Casbah in Hebron has been closed to Jews in recent years. But in consideration of the fact that there are many houses and property inside the Casbah which belong to the Sephardic Jewish community “Magen Avot,” to Chabad Lubavitch and to the Jewish families, such as the Hausmans, that built their home in Hebron more than a century ago, the army permits a guided tour of the area every Saturday.

During a Passover tour, participants were shocked to see the monument of Joshua Salome desecrated with black spray paint, to the point where it was very difficult to read the inscription.

Joshua Salome grew up in an assimilated environment in Denmark, came to Israel as part of the Bnei Akiva training, and studied at the Hesder Yeshiva Nir in Kiryat Arba.

Thirty-three years ago, as he was walking among the stalls in the Hebron market (which back then was still open to everyone) to buy fruits for Tu Bishvat, Joshua was attacked and murdered by one Ibrahim Mahmoud Mohamed from Yeta village.

It was one of the first murders of a Jew in Hebron since the massacre of sixty-seven Jews in 1929.

Following the murder of Joshua Salome, then Defense Minister Ezer Weizman passed a resolution to establish a Jewish settlement in Hebron.

Wide public debate was aroused after Joshua’s kidneys had been transplanted into the body of a pro-terrorist Arab woman.

The terrorist who killed Joshua Salome was released as part of a gesture of good will by Shimon Peres.

Because the Casbah is barred to Israeli citizens, the monument had been standing dishonored until last Sunday.

The Jewish community of Hebron told Tazpit it was grateful to the IDF soldiers for the fine gesture. 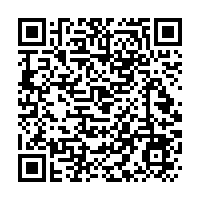