Rabbi Meshulem Feish Lowy, the Tosher Rebbe, z’l, passed away Wednesday (Aug. 12) at the age of 95.

Born in Demetch, Hungary, the Rebbe was a Holocaust survivor who had served in the Hungarian Labor Service before being liberated by the Red Army in 1944.

Known for his aura of holiness and magnetic personality, the Rebbe was proclaimed the new Tosher Rebbe by his father’s surviving Chassidim after the war.

He was the son of Grand Rabbi Mordechai Segal Lowy, the third Rebbe in the Toshe dynasty.

The third Tosher Rebbe had strong links to the Chozeh of Lublin, Reb Elimelich of Lizhensk, the Maggid of Mezritch and the Baal Shem Tov.

The Tosher Rebbe was reputed to be able to trace his patrilineal ancestry all the way back to Rashi.

He married his wife, Chava Weingarten – a direct descendant of the Noam Elimelech – in 1946, and the couple moved to Montreal in 1951, establishing Kiryas Tosh in Boisbriand, Quebec in 1963. The first Rebetzin passed away in 1996. The Rebbe remarried in 2007.

The Rebbe was known throughout the world and his guidance was sought by thousands, particularly by Holocaust survivors.

Baruch Dayan HaEmes. May his memory be for a blessing and may his soul be a meylitz yosher for his Chassidim and the world. 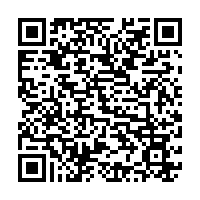