The Popular Front for the Liberation of Palestine terrorist organization (PFLP) has claimed responsibility for Tuesday’s horrific attack on a Jerusalem synagogue.

The group made its statement to international media during the day Wednesday.


Four rabbis and an Israeli Druze police officer were murdered and at least six others were seriously wounded in the bloodbath.

Uday Abu Jamal and Ghassan Abu Jamal, the two murderers were Jerusalem Arab cousins from the neighborhood of Jabel Mukabar. But despite their membership in an extended family network that had connections with terror, they were not known to their family to be members of the PFLP terrorist organization, said another relative.

Sufyan Abu Jamal told The Independent newspaper based in the UK that the behavior of one of the two, Ghassan, had been “normal in recent weeks.”

A fourth cousin in the family, Jamal Abu Jamal, is a known member of the PFLP and was arrested by Israeli security forces two weeks ago, Sufyan Abu Jamal said. 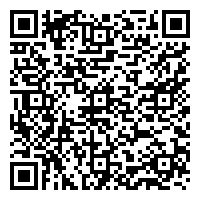