In the wake of unremitting Arab violence across Israel — and Tuesday’s horrific terror attack on a Jerusalem synagogue — a southern Israeli city has called a halt to hiring Arab workers for local city kindergartens.

Ashkelon Mayor Itamar Shimoni wrote in a Facebook post Wednesday night that he would stop construction by Arab workers on bomb shelters around the city until further notice.


Kindergartens and preschools located next to construction sites where Arab laborers are employed will be guarded by armed security personnel as well, Shimoni wrote.

Ashkelon is one of the main targets struck repeatedly by Gaza terrorists when missiles are fired by from the coastal enclave.

During Israel’s counter terror Operation Protective Edge this summer against Gaza’s ruling Hamas terrorist organization, residents spent weeks in their bomb shelters as the city was hit by hundreds of rockets and missiles.

On Tuesday this week, four prominent rabbis and an Israeli Druze police officer were murdered and at least six other people were wounded in a horrific terror attack by two Jerusalem Arabs.

Hamas and its allies handed out candies to celebrate the slaughter later in the day, smiling as they praised the way the terrorists used axes, meat cleavers, knives and guns to butcher their way through a packed synagogue while Jewish men were praying the morning service.

The four rabbis were laid to rest just hours later, accompanied to their graves by thousands. A similar number of observant Jews made their way to the northern Galilee village of Kfar Yanuch-Gat to pay their last respects to Zidan Sayif, the heroic officer who gave his life to draw fire from the terrorists so they would be forced to focus their attention away from slaughtering any more Jews. 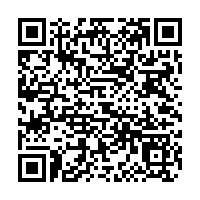