The security prisoners are illegally using cellphones during their hunger strike. One of the jailed terrorists’ demands are phones in their cell blocks. They use the phone to organize additional terror activities and keep in touch with fellow Hamas and Palestinian Authority terrorists.

It also blocked cellular communications between automated agricultural equipment in the area, such as irrigation services to their remote controlling computers.

The IPS said the problem was resolved. 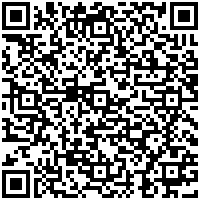