When Rabbi Shlomo Goren, zt”l, suggested that Israel’s annual Memorial Day be commemorated on the eve of Israel Independence Day, as a precedent he pointed to the juxtaposition of the Fast of Esther and Purim.

Indeed, life in Israel continues to be punctuated by extremes of joy and pain. Terror attacks continue on a sporadic and unpredictable basis. Earlier this month, as we were all getting ready to celebrate Pesach, we heard the terrible news of the sacrifice of yet another terror victim. This time it was Sgt. Elchai Taharlev of Talmon, murdered in a ramming attack outside Ofra.


Israeli newspapers were quick to point out that Elchai was a graduate of Yeshivat Makor Chaim whose younger brother currently attends the yeshiva. Maariv proclaimed: “The Yeshiva that Pays the Price: 7 Killed Over the Last Decade.” The Yediot Aharanot headline read: “The Tragedies of Makor Chaim: Terror and Affliction Refuse to Spare the Prestigious Yeshiva in Kfar Etzion Ever Since the Kidnapping of the Three Boys in the Summer of 2014.” The headline referred, of course to the kidnap and murder of Naftali Frenkel, Gilad Sha’ar, and Eyal Yifrach, Hy”d.

Arutz Sheva published the moving letter written by Bat Galim Sha’ar, mother of Gilad, to the family of Elchai, her late son’s neighbor, friend, and schoolmate. In the letter she wrote that amid the pain and suffering “…we searched for the boys, but we found ourselves.” Just a week before, in an interview with the B’Sheva newspaper, Bat Galim was asked to whom she would award a medal if she could. She responded: “To Rabbi Dov Singer, rosh yeshiva of Makor Chaim. His unique educational approach, training young men to empathize and engage in deep and respectful personal interactions, should serve as an example and an ideal for other educators.”

The newspapers listed the tragedies, one after another. In November 2014, Makor Chaim student Chagai Lemkus lost his sister Dalia in a terror attack. In April 2015, Shalom Sherki, whose brothers studied at the yeshiva, was killed in a ramming attack. In January 2016, when Daphne Meir was murdered in her home in Otniel, it was Rabbi Dov Singer who drove her son Akiva home from school to face their tragedy together. And there were Makor Chaim graduates serving in the IDF who were killed in action – Capt. Benaya Sarel (August 2014) and Capt. Eliav Gelman (Feb. 2016). Pedaya Mark, son of murdered Rabbi Miki Mark (July 2016) also from Otniel, is still saying Kaddish in the yeshiva. All this has happened since the murder of Naftali, Gilad, and Eyal.

Makor Chaim was miraculously spared from additional tragedies. Back in 2008, terrorists broke through the paper-thin walls of the study hall but, luckily, they entered the yeshiva library during a meeting of the dormitory counselors who also serve as armed members of the emergency intervention team. Two staff members were slightly injured as they overpowered the terrorists. In May 2016, terrorists ambushed and shot up a school bus carrying eleventh-graders on the way back from spending a Shabbat with Rabbi Singer in Tekoa, yet miraculously, no one was hurt.

“We feel Hashem is looking at us through a magnifying glass,” Rabbi Singer said after the bus attack.

On another occasion he said: “You can actually feel that the heart of the entire Jewish nation beats as one. This alone gives us the strength to cry out and beg for mercy…. We want to tell Him that we got the message, we have become more humble, more resilient – but no one is asking us. We accept our lot in life, but now that we have already made it clear that we accept it all – the good and the bad – why not give us the good?

For years now, Makor Chaim students have been wearing a t-shirt with Rebbe Nachman’s motto: “Nothing is More Whole than a Broken Heart.”

It’s common knowledge that “There are no atheists in a foxhole.” It is at times of great loss, of deep stress, when the way going forward narrows down to despair, that we can find within ourselves a special connection to the Divine. Is there no other way?

The answer is simple. If we can find the way to serve Hashem with deep joy, we can avoid having to serve Him out of pain. Many of us say the Arizal’s prayer between Shalom Aleichem and Ayshet Chayil on Friday night: “Rouse my heart to love you, so I may keep your commandments with no sorrow.”

More and more we are becoming aware of the fact that there is a gaping hole in our lives – the ability to connect to God with our emotions, something connected to the idea of prophecy. Being homeless children, having lost His House 2,000 years ago, we have lost the place where this would happen. The original chassidic movement and today’s neo-chassidic trends were and are attempts to re-create this connection.

Makor Chaim and Rabbi Dov Singer are at the forefront of this revolution. Makor Chaim’s Beit Midrash L’Hitchadshut Outreach Program brings this message to communities in Israel and even overseas. The Lifnei V’Lifnim Alternate Educators Program, run in conjunction with Herzog College, brings the educational approach of Yeshivat Makor Chaim to teachers all over Israel. And Israel’s Education Ministry has just appointed Makor Chaim to run a new program geared to empower joyous prayer in schools throughout the country.

On Yom HaZikaron, Israel’s Memorial Day, which is immediately followed by Independence Day, we cry over those we have lost but recommit ourselves to grow and build – and to rejoice in what we have.

Makor Chaim’s response to terror is the construction of a new campus in memory of Naftali, Gilad, and Eyal outside of Neve Daniel on the historic Patriarch’s Road – a short reclaimed section of the ancient road that once connected Hebron and Jerusalem, replete with ancient ritual baths and Roman milestones. The painful yet empowering trail in the footsteps of the three boys has led us back to the Road of our Forefathers. In joy and in sorrow, let us pray and act for the fulfillment of the very last words of the last prophet, Malachi: “May he return the hearts of the fathers to the sons and the heart of the sons to their fathers.” 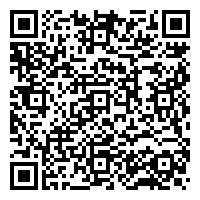